By Amber Wood on Friday, September 26, 2014
The first day of our Eastern Sierras vacation we decided to do a little hike. We had sat in the truck for five hours driving from Southern California and by the time we hit the turn off at Tom’s Place our hiking boots were ready to touch the dirt.
Rock Creek Lake is about nine miles up Rock Creek Road. It is an absolutely beautiful pristine alpine lake that’s hidden away among a forest of pines mixed with aspens.
This is the second year in a row I’ve done a sierras fishing trip the last week in September and I don’t know if there is a better week to visit the Sierra Nevada’s. 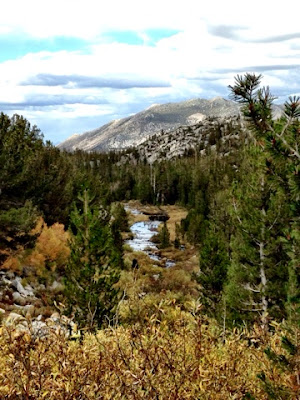 As we drove up Rock Creek Road and the altitude increased the aspens were changing colors from green to yellow to orange to auburn. The autumn colors mixed with the evergreens was just so gorgeous. 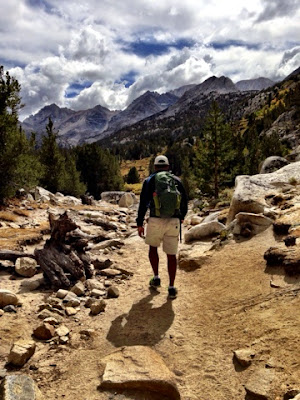 The skies were turning grey as reached the parking lot past Rock Creek Lake and continued on for the trail head for the Little Lakes Valley trail system. This trail is beyond awesome; every mile there is another little lake. We passed multiple people with swimming poles rigged to catch rainbow trout and native brown trout. We had actually planned on doing some fishing along this originally but didn’t get our poles rigged in time. 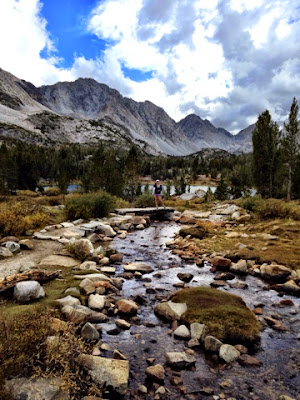 By the time we reached the trail head after inhaling a quick lunch from Schatt’s Bakery in Bishop the skies were getting dark; rain was coming fast!
We decided to try to knock out a quick five mile hike anyways and hit the trail as the thunder heads were building to the east and west, all sides of us. It was the perfect afternoon to hike; nice and cool with a rain drop every once in a while.
The Little Lakes Trail was just so gorgeous on this fall day, lemon lime grasses growing along the sides of each lake and the dark grey storm clouds building around us. 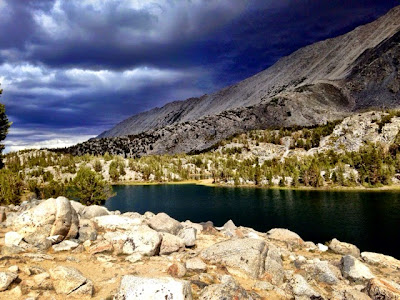 Eventually we turned around after reaching the sixth lake, on the trail.
Our hotel room in Mammoth with the jacuzzi and cocktails and a German dinner at the Austria Hof later that evening were calling out to us as we watched the thunderheads in the Eastern Sierra sky. 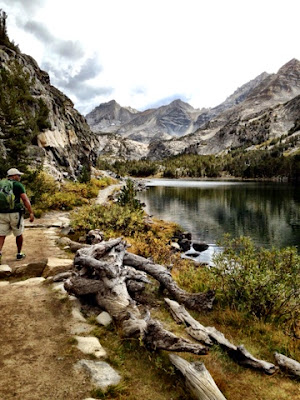