Yesterday I ran my own half marathon at Holcomb Valley.
Let’s call it Run for a Cure (To find out why Amber is so stinky)
Turns out the answer was just cheese.
Anyways…
It was such an exhilarating morning run through an empty autumn forest. I saw three cars full of people during my three hours of running. That was it. How awesome is that? They were all super nice, and helpful as well, which was nice, as my GPS on my phone was not working at all and I really had no idea where I was heading.

Here are the top ten best moments of Holcomb Valley.

1. Finding random grave sites.
Every where.
Why don’t they just call Holcomb Valley, Holcomb Death Land?
I’m assuming these were all dead miners? Some of the more scenic graves were labeled, such as this one, John, apparently.
This was on the John Bull trail so I would assume John was a rancher in the area? 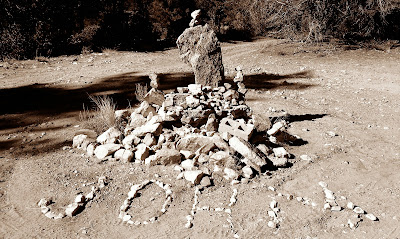 2. The terrifyingly random  yet scary ranches that seemed out of the Blair Witch Project.
There was also a kids Playschool play ground right next to this.
In the middle of the forest.
In the middle of no where.
So random the mountains are. 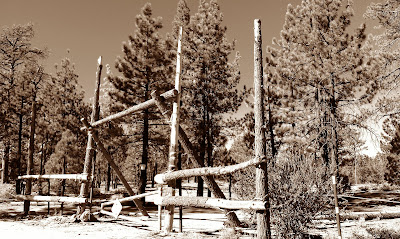 3. The silence
I didn’t see any animals, besides a red tailed hawk. I heard few birds. Just a little wind and besides that silence. Most of the time, I felt like I was the only one in this entire valley.
4. Until I met a truck full of gold miners.
The pappies…. I mean random gold miners.
They were nice mountain men, who did not attack me with pick axes, so I would call that a win. 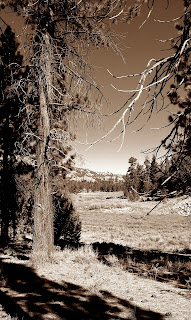 5. Running along Van Dusen Canyon on a autumn morning, not a worry in my head, no schedule, no running late; just running free. 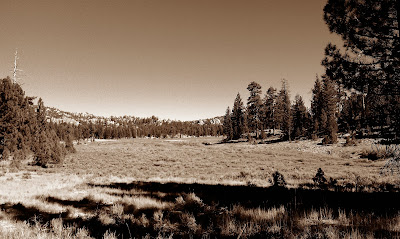 6. Finding a Carrot Cake Cliff Bar in my pack at mile ten; the hungry mile.
Thank god for Cliff Bars
7. That it was a bug free morning, even though there was little wind.
Thank you creatures.
8. Nice people in Subaru’s with maps at mile 10
At this point I was to exhausted to be as nice and friendly as I should have been.
9. Not peeing in front of miners.
Always a good thing to enjoy BY MYSELF in the forest.
Always seems to be the moment that I run into some one I know
INT HE MIDDLE OF A VACANT FOREST
10. The moment I saw my precious Outback on the top of the hill at mile 13. That was a happy moment.