Parathas, Roti’s, Puri’s and Vada’s Oh My! How to Find India’s Ethnic Food in America

If you live in a larger metropolis town like Los Angeles or Chicago then you may have all kinds of ethnic grocery stores within walking distance perhaps. Living at 7,000 feet in a well-known southern California ski town we are hours away by car to the nearest natural, organic or ethnic grocery store. It sucks to not have a Whole Foods around the corner when I run out of Bitchin Sauce or organic purple sweet potatoes but then again we get to have amazing sunrises and we get afternoon thunderstorms in the summer months. Also it’s not 110 degrees and smoggy here like in the valley below our mountain hamlet. I would say the trade-off is well worth it to not have organic kombucha at my beck and call.

When I do feel the need for ethnic foods that means its time to drive to the city. This weeks trip into the heat, traffic and crowds of the city was very different (As in a shit load of stress) as I was also dealing with a horrific situation with getting work done on my SUV, yelling at the manager of the Subaru dealership, trying to procure a rental car and also trying to get all my errands done while Los Angeles traffic was quickly getting thicker, more congested and more of a hassle as the afternoon wore on and crept towards rush hour.

When I get down to the city, if I have extra time and I’m not wasting away my day at the Subaru dealership arguing around in circles with their inept general manager, I like to drive into Orange County. I love to try to make a stop in Artesia and check out all the wares that the ethnic Indian grocery stores have to offer. We used to buy our imported Indian foods from IShopIndian.com , which is an awesome, amazing website if you do not live in an area with ethnic grocery stores, but you do have to pay a lot of money for shipping if you do not spend over $150 (Which we can once a year easily do) On this trip to Artesia though I discovered the Pioneer Cash and Carry and found every item we buy annually online and the prices were a good 40% lower! 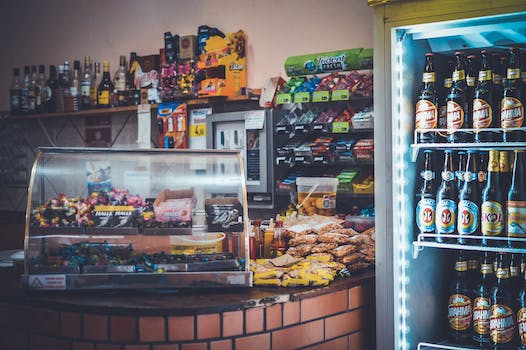 I have been cooking some California versions of Indian food for about ten years now. Before I met my boyfriend, who is from Tamil Nadu, kind of near the south of India I made my American version curry chicken salad and it was great! It’s a recipe I still make constantly all these years later. The difference is now I make my homemade curry powder from scratch and I have learned that authentic Indian spices make all the difference in cooking, I won’t even buy American cinnamon at Trader Joe’s anymore. Only the Indian market freshly ground cinnamon sticks are good enough for me. The spices you buy at the ethnic grocery stores are much higher quality and usually much fresher products. When most people think of chutney they probably think of English mango chutney. Did you know that in the Indian culture they have a whole world of chutneys you have never even heard of? Our favorite is any chutney that has dates in it. I know, I know, three dates have as much sugar in them as a can of cola but at least its natural sugar and not processed. We use tamarind date chutney in my amazing Date Basted Goat Cheese and Spinach Stuffed Turkey Breast. When I shop at ethnic grocery stores, checking out their selection of chutneys is always one of the things I do first. I used to think that pickles went on sandwiches. Then I went to Bangalore, India for the holiday season last year and tried brinjal pickle and shrimp pickle and lime pickle… The list goes on and one and they are all salty and spicy and delicious. I simply can not have a complete Indian meal now without a side of this spicy condiment. I am bummed that shrimp pickle seems to not exist in the United States so far though, although I will keep looking. India’s grocery stores introduced me to some fantastic snacky stuff while in Bangalore. Wandering the isles of the Pioneer Cash and Carry I saw rows after rows of snacks and to tell you the truth I was completely overwhelmed. I ended up grabbing three random bags of snacks out of the hundreds of choices and next time I go back I am planning to try other kinds. These are fantastic finger food to have out on the counter for our guests when we host Indian dinner parties.

I was completely overwhelmed when I walked into the Pioneer Cash and Carry and saw the entire freezer full of parathas, rotis, poori’s and vadas (Oh my!) I wanted to do a happy carb filled dance. At the same time I knew I only had one ice chest in the car and I knew I had to take a deep breath and pick out only the absolute best of the carb filled goodness. One of the foods I fell in love with while traveling through India were fresh-baked Indian breads. I have never been a fan of the traditional Indian naan bread. I always felt like they were just to thick and yeasty and doughy. Not my thing at all.

When traveling through India, I ignored the naan and instead I discovered homemade parathas and rotis, the dough molded just minutes earlier and then grilled in just a bit of ghee. I’ve never really been obsessed with carbs before India but damn do they know how to make India’s version of a tortilla. It’s nearly impossible in Southern California to find rotis or parathas unless you drive to ethnic Artesia.

Living where we do ethnic grocery stores are a hassle to get to. They are far away and the traffic is nearly always bad. But the amazing and unique culinary delights you find at these ethnic grocery stories is so worth going a little off the beaten path! Once you have had truly authentic Indian food it is so impossible to go back to what most Americans assume Indian food is!