Home Made Cran Apple Spinach Juice; What I drink now instead of Sparks

By Amber Wood on Monday, November 18, 2013
When I was young I did some vile things to my body.
No I never smoked a cigarette in my life or did any drugs of any kind but the things I ingested in my body, oh lord, the me of the year 2013 cringes when I think of the horrible GMO filled things that entered my system.
I was talking to a friend today about the good old days.
When I was twenty two I had never heard of GMO’s and barely understood the concept of organic produce.
Weed Away is bad for my body to ingest? No Really?
Organic produce? That’s just for hippies and it costs ten cents more for organic romaine!
When I was twenty two we would spend hot summer days drinking adult beverages at the creek.
When I was twenty two we would drink these malt liqueur beer slash energy drink beverages called Spark’s.
They tasted like Sweet Tarts candy.
They were like diabetes in a can, or a heart attack just waiting to happen.
I have no idea if they even make Spark’s now, but thirty two year old stout craft beer loving me can not believe my twenty two year old self.
Although I guess if a few Spark’s on a hot summer day are the worst thing I did to my body at twenty two than I’m really not doing to bad.

Now that I have left Spark’s in my past and I’m all about the goodness of whole grains and fresh veggies I have made some huge changes in my eating habits just recently. 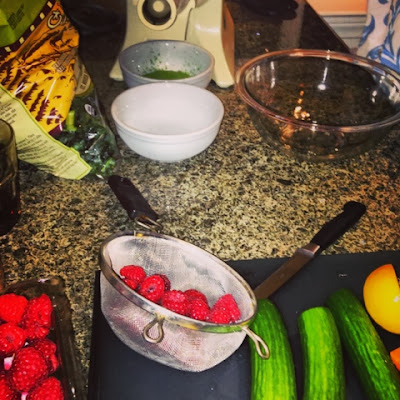 I’m on board with foods that have not been genetically modified and I’m all about cutting all the gluten out of my diet ( Well Except for Rouge Breweries Hazelnut Porter.)
I’m also super into juicing at this moment.
Today’s juice of the day is Cran Apple Spinach 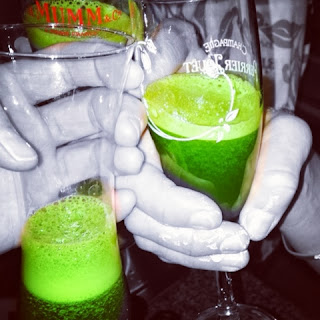 Combine all in a juicer.
This makes enough juice for two people
energy drink Sparks spinach
1
Previous Post
Next Post