By Amber Wood on Tuesday, October 15, 2013
Every time I type government shut down into my phone it comes up with government shit down.
This might not be a complete auto correct mistake.
This morning I got up at five a.m to hike/ run at Mt San Gorgonio, old grey back.
I chose to run the Momyer/ Alger Creek trail as most of the gated trails and parking areas are closed because of the government shut down.
I talked to a forest ranger the other day and they don’t care if you go to these areas  even though they are technically closed.
The problem is there is no parking allowed in any if the lots right now.
Momyer/ Alger Creek’s parking lot is not gated, it’s just a big dirt lot.
If I wanted to do a fifteen or so mile run in the San Gorgonio wilderness, this seemed like the best choice.
It was early morning when I pulled into the dirt lot. I chugged my sports drink and instantly my insides began churning
Something terrible was about to happen.
I burst out of my SUV and ran in the direction where the port a potty should have been located…
Except there was no port a potty!
There is always a port a potty at this trail head!
The ranger I had spoken to the other day had told me with the government closed all the facilities at all the forest locations and trail heads would be closed.
It was not until that desperate moment that I realized that also meant port a potties removed apparently.
It was a very sad moment.
More sad as some yuppie in a Mercedes SUV had just parked next to me and was in the process of getting dressed for the outdoors in everything North Face made.
I had to hike up the trail and away from this guy before anything disgusting could happen in the forest.
I’d like to say that’s the end of the story but than I trudged through a field of cactus trying to find a good potty place. Most of the sharp needles Went into my sweat pants material luckily and not into my legs. 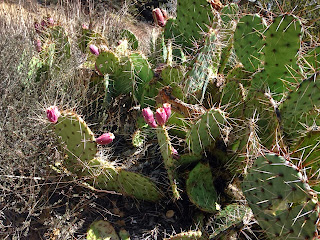 I’d like to say that is the end of the story but this was all before I fell in poison oak, wondered if I broke my ankle three miles from the car and oh yeah, rustled up the only rattlesnake not hybernating already on a thirty degree mountain morning.
It feels like a Monday.
Alger Creek complete auto correct government Mt San Gorgonio the government
0
Previous Post
Next Post