Its in my blood….

By Amber Woodyard on Tuesday, October 18, 2011
When people ask me why I love the sport of kings I say its in my blood. My great grandpa was also a huge horse racing fan. My family migrated across the United States from Boston in the 60’s, and my great grandpa left the hard luck track, Suffolk behind for Lucky Baldwin’s beloved Santa Anita Race Track in Arcadia California. Okay, actually my family moved to the cow town of La Mirada, a suburb of Los Angeles. My mom grew up with a dairy farm across the street, to this day, my Grandma still loves the smell of cow shit. She says it smells like home.
I’ve always loved horses since I was a little kid, but it was watching Strike the Gold win the Kentucky Derby in 1991 that really drew me into horse racing. From there I fell in love with Serena’s Song, the mare who won 17 graded stakes races, including to races she won against colts, the Jim Beam Stakes and the Haskell Invitational. These are feats that very few fillies these days have accomplished. I named my cat, Serena, after Serena’s Song. 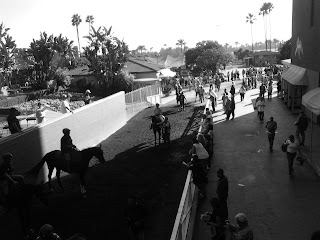 In the late 90’s my family took me to Del Mar and Santa Anita for my birthdays. I had so much fun, telling my Grandma which horses to bet for me, and then when the cashier gave me a knowing look, my Grandma would say “I’m senile, I don’t remember my bets!” Hilarious to our family to this day.
In the nineties I fell for some great race horses. The gelding Best Pal was one of my favorites. He ran for so many seasons, as he wasn’t a stallion prospect.  His first claim to fame was running second in the 1991 Kentucky Derby. He also won the first running of the Pacific Classic. He holds the title still as the California horse to win the most purse money ever at 5.6 million dollars.  He won 17 stakes races in all, some thing that these days is rarely accomplished in horse racing. Even as an old timer he still beat up on horse’s half his age in winning the Hollywood Gold Cup and Santa Anita Handicap. 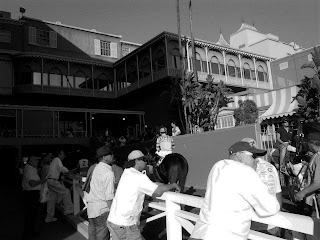 In 1994 I first noticed the champion Cigar for the first time. I watched him win the Donn Handicap, as last years champion three year old Holy Bull broke down in the race. Most people look back at that race as a disaster for Holy Bull, but I remember seeing this future champion finishing superbly in the stretch. In 1995 I watched the champion Cigar extend his win streak to sixteen straight races; it was a record for an American race horse running in Grade 1 quality races. He was so amazing. It broke my heart when the news broke that he was infertile and future generations wouldn’t get to see his legacy race.
Horse racing has so many ups and downs over the years. I cried when Flanders, one of the most promising two year old fillies I can recall broke down in the Breeders Cup Juvenile Fillies. She ran her heart out to beat Serena’s Song  to the wire, ultimately ending her racing career. She would go on to be an exceptional broodmare, foaling stakes winners.
I’ve seen so many incredible moments in horse racing. Havre De Grace and Blind Luck grinding it out at Delaware Park last year in a race that should have been a match race. The stout gritty Blind Luck hanging on, digging in to prevail. I have seen Blind Luck run in person at least six time’s in California at either Santa Anita or Hollywood park and she might not be much to look at, but she is a fire cracker in the stretch. Being there in person to watch her win yet another stakes race makes up for the tragedies in racing. The worst moment in racing, in my memory was in when Eight Belles broke down on Kentucky Oaks day. Eight Belles trainer Larry Jones loves his horses. He is one of the only trainers I know of who actually rides his own race horses. After Eight Belles untimely death he took so much heat from PETA and other organizations, he actually retired briefly. Thank god he came back to racing to train the champion filly Havre De Grace. She is one of the favorites for the Breeders Cup Classic this year, a male dominated race that has ex Kentucky Derby favorite and Breeders Cup Juvenile winner Uncle Mo running in it.
It is now less then a month until the Breeder’s Cup will be run this year at Church Hill Down’s in Kentucky, and I am getting so excited! Breeder’s Cup is about two week’s away! I can not wait for our annual Breeder’s Cup party; I’m already planning the menu. I’ve got a new bigger, sports worthy T.V. coming in a few days. Two days with about fourteen major stakes races with champions being made, I can not wait!