Who the Hell is Jerry Brown?

By Amber Wood on Monday, August 12, 2013
I went on a date last night that was going just fine until I made a comment about how I had been at Walmart today and a solicitor had asked me to sign a petition to recall Jerry Brown. 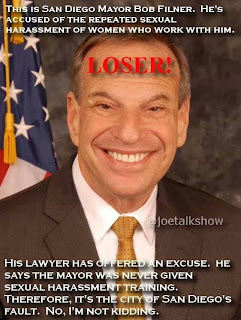 I had looked at the guy with his cheap folding table and clip board and remarked,
“Seriously, with Bob Filner still the Mayor of San Diego, maybe that is some one you should be concentrating on removing from office?” I was of course referring to the mayor of San Diego who, it has recently come to light, has sexually harassed agrip of women who work for him in the past few years.
I was telling my date this story, and he looked at me clueless ( Damn he was cute when he looked at me like that. Why are the dumb ones so cute?) and said
“Who is Jerry Brown?”
Now I don’t have a problem, exactly, dating some one who does not vote exactly the way I do (Which is pretty damn conservatively) but seriously, this guy does not know who the governor of California is? It just blows me away that some one could be so removed from the government and what is going on in the world around them.
So yeah, in my head I am thinking, okay, we are done here cutie, you can go now.
Back to the petition being circulated at Walmart this morning,  I didn’t vote for Jerry Brown but  I think trying to recall him for  passing “The Dream Act” a bill that will help send illegal California residents to college is kind of a waste of time. I mean come on, it’s a bill that is helping kids get an education, and that, in the long run will help California.
Californians voted Jerry Brown into office and now they are stuck with him; it’s a waste of time trying to recall him for something like this when in San Diego the mayor thinks it’s okay to ask woman to work with out underwear on. What is the bigger issue here?