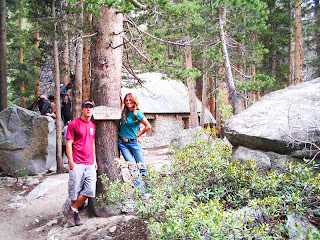 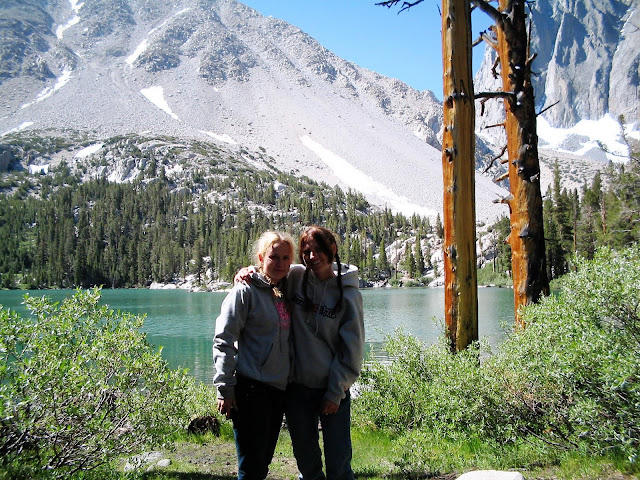 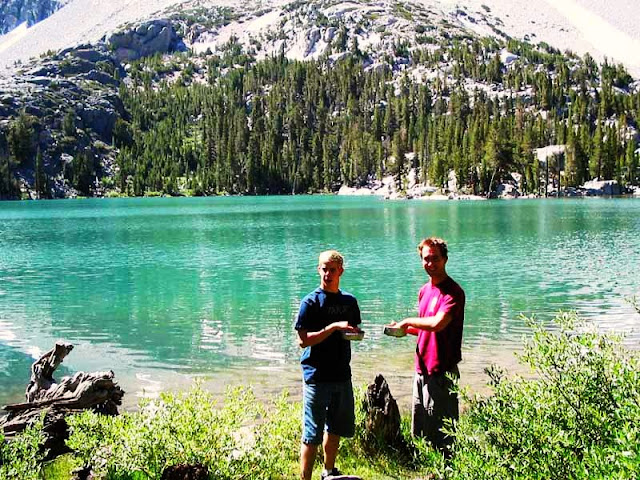 “You have to go on without me, I feel like death” Then, I hid behind a big boulder and took care of some paper work. And that was the way I managed to crawl back to our base camp, stopping every fifteen minutes with horrible butt soup. Thank god I had extra tp in my pack. I did manage to make it back to camp okay, and I was actually feeling better by the time I got back. I felt so good actually that by the time Ryan returned to camp after summiting the Glacier, I felt good enough to go on a short day hike with him.
Well, it should have been short, but the lakes were not signed properly and we got rather lost between lakes five and six, and where the hell is lake seven? 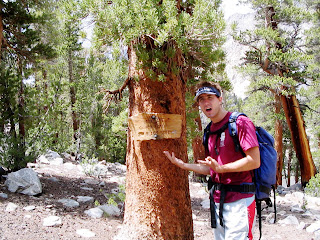 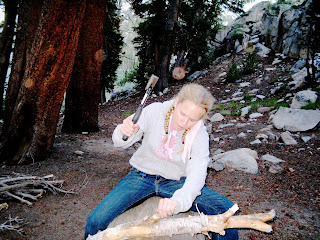