By Amber Wood on Friday, December 6, 2013
A quote from Race Day America, my morning horse racing news show, on Thanksgiving morning
“The biggest question about weather today?
Whether or not you have a double helping”

On this 2103 Thanksgiving morning I was musing over all the things I am so very thankful for in my life.
Friends, family, goat cheese, craft beers and the strength to climb mountains, amid all these things today I feel thankful for geldings.

As a horse racing fan I for one believe that geldings are the lifeblood of a sport that has suffered in the last ten years.
These days most great race horses are retired as soon as they get good and as soon as they are worth a lot of money.

Geldings are castrated early in life. They are usually stallions that are too ornery to train and do not have great bloodlines so no one is thinking they will be worth millions in the breeding shed.

Because of this as long as they remain sound and fit some geldings run until they are eight and nine years old, as opposed to most race horse these days, who retire at three years old after just two seasons of racing.

Some of my favorite race horses of all time were geldings and they are so great for horse racing. These horses get fans to come out to the race track to see them run.

Best Pal was the first gelding I can recall being around for years and years. Best Pal ran in forty eight races in his career and won eighteen of those races. This is a record you just don’t see these days in horse racing. He was a California favorite for so many years, winning stakes races until he was seven years old.

Lost in the Fog was another California gelding who made history before his amazing career was cut short by Lymphoma. He won all ten of his first races, mostly in Northern California. In 2005 he was the sprinter and the favorite to win the Breeders Cup Sprint, which would have made him the Eclipse Sprinter of the year. Unfortunately he lost the Breeders Cup and took some time off. His next win the following year would be his last victory in the Aristides  Breeders Cup Stakes. After that race Lost in the Fog recorded a puzzling lost and his owners believed he had colic at first than discovered it was actually cancer.

He had a mass on his spleen the size of a cantaloupe and yet still managed to win all those races, a truly phenomenal race horse. At first it seemed that the tumor would be operable but other tumors were found shortly after and the decision was made that Lost in the Fog would be euthanized as soon as he was no longer comfortable. ( A few weeks later) In all my years watching horse racing, Lost in the Fog was one of the most incredible horses I watched.

Today I am Thankful for Ben’s Cat.

On a snowy Pennsylvania night before Thanksgiving Ben’s Cat won the Fabulous Strike Stakes for the second year in a row.

He came from behind in a snowstorm to win this race, his nineteenth stakes race. 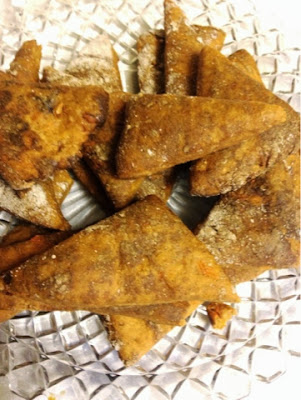 Ben’s Cat is a east coast horse and being a gelding and not worth a lot of money I am sure he will never ship away from his home tracks of Philadelphia Park or Laurel Race Track but it warms my heart to watch the seven year old on TV on Thanksgiving Eve. He truly is a throw back to some of the great geldings of the past.

I was enjoying these sweet potato scones for breakfast as I was watching the replay of the amazing Ben’s Cat. 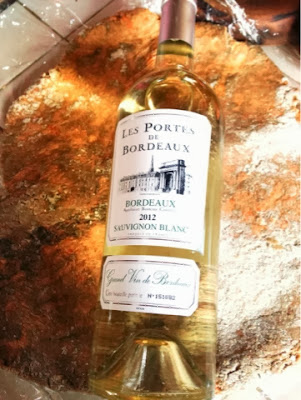 Mix the coconut oil and brown sugar.
Beat in the eggs and sweet potatoes.
Mix in the flour and baking soda.
Let the dough sit at room temperature for twenty minutes at least.
Flour the dough and roll out.
With a pizza cutter slice into wedges.
Bake on a cookie sheet at 375 for 8-10 minutes until just brown.

Combine all in the food processor.
Place on a sheet of plastic wrap.
Roll into a log shape and keep in fridge until you are ready to use.