By Amber Woodyard on Friday, September 5, 2014
This blog cracked me up.

After I read it, I thought to myself, I NEED to go back to Paris.

I want so bad to go to mass at Notre Dame. I’m not Catholic, but it just seems like such a cool thing to experience in Paris. I’ve been to Notre Dame…. 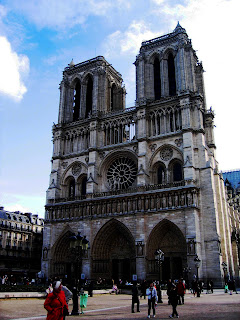 and it was awesome, don’t get me wrong, but there are so many things I feel like I still need to do in Paris.  I want to go up the Eiffel Tower. I want to try all of the best restaurants in a city renowed for it’s food. And I’ve heard great things about the paris escorts too…
But there is one thing that is definitely top of my list. I want to visit every cheese shop in Paris.

Twice.
This food blog always finds a way to entertain me, but today more than usual.  Like the writer and his wife, I also traveled to Paris once. Unlike them, I spoke NO FRENCH and probably butchered the French language WAY more then they did. Still, Paris was one of my all time favorite places to visit and I want to go back there so bad. I ache to go back to Paris, I can feel it in my bones (Or it could be my sprained back)
My theory is it’s the goat.
Yes, I said goat. In Paris they are not afraid of the goat cheese.
Yes, they even embrace goat cheese.
Do I love the French?
” non”
Yet, I do love their cheese. Even though believe it or not, on a train leaving The Palace Versailles, I ate the stinkiest, most feet tasting goat cheese ever.
Yeah, it was gross.
I’ll admit, I threw goat cheese away in Paris. I’m surprised les poulets did not arrest me on the spot! In France isn’t that similar to being a political activist?

Yet if you ask my travel partners, that was not the worst thing I did in Paris.

Let’s just say I ate A LOT of goat cheese.
How do you say ” Do you sell Gas X?” In French?
Here you see my best friend Mimi trying to put a cork in my butt, so we would not get kicked out of Paris. 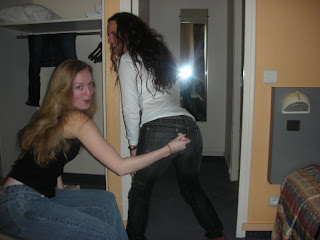