By Amber Wood on Tuesday, November 18, 2014
Years ago I had some crack heads as neighbors. Let me tell you, crack heads do not make the best neighbors and no one wants there neighborhood to smell like meth. Believe me living through a episode of Breaking Bad as the neighbor is no fun at all. I like neighbors who have all their teeth and not open sores on their faces. Luckily the crack heads eventually got evicted. I have not had neighbors now in something like five years and it has been fantastic.
Except for the last week when the homeless men moved in.
Well to be fair, they actually live in the back of their truck so I guess they are not exactly homeless as their truck is their home. By the way this truck has been parked behind my car for a week now. I’m assuming its broken down and will stay forever. I’m extremely frustrated by this situation as number one, the POS truck parked almost on my property is making my neighborhood look ghetto and it makes it a huge pain in the ass every time I try to pull out of my driveway to not hit the truck and crappy trailer attached to it. 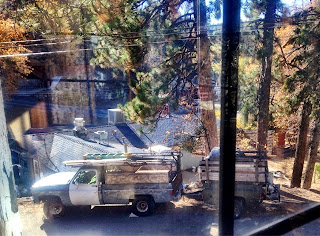 My good friend owns the restaurant across the street from me and as for what I am assuming is going on with this homeless men situation, I think he has hired them to work on his restaurant.
They actually seem like nice people. They said good morning to my boyfriend when he left for work at seven a.m. Popping their little heads out of sleeping bags in the back of the truck. He said it was kind of cute.
I’m annoyed by this situation because every time I try to sit on my front porch I feel like I am staring down into their “home” and being a creep, but damn it, I was here first and I live here, I’m not just squatting! I deserve to sit on my porch and talk to my cats if I feel like it!
When I’m not accidentally spying on my new homeless neighbors I’m spending my day off making an unbelievably delicious Lobster Pot Pie.
I actually used langostinos in this recipe ( the pollock of the lobster family) but please use real lobster if you can get your hands on it. 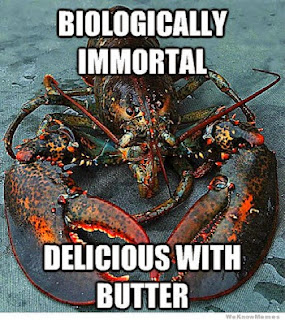 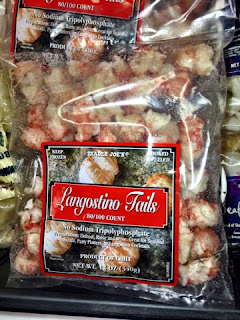 In the oil cook the onion for five minutes until browned.
Add the garlic.
Put in a food processor until smooth. Return to heat and deglaze with the sherry. Add the langostinos and the stock. Let cook for five minutes.
Mix in the tomatoes and let cook five more minutes. Add the cream, pecorino, potatoes and corn and remove from heat.
In a greased baking dish layer one piece of puff pastry on the bottom.
Cook at 375 for five minutes.
Spread the lobster base over this and put the other sheet of puff pastry on top.
Bake for 25 minutes until the puff pastry is brown.
Lobster neighborhood neighbors
0
Previous Post
Next Post