Living a keto lifestyle means I stuff a lot of things into low-calorie bell peppers. Want to have enchiladas? Stuff all those enchilada toppings (Minus the tortillas) in a high in Vitamin A and C yellow bell pepper! Got a hankering for chili relleno casserole? Dice up some rotisserie chicken, canned Ortega chilis, and all that delicious cheese and stuff it in a green bell pepper! Keto Lasagna is one of my personal favorite things to cram inside an orange bell pepper because there are three different kinds of cheese involved! Green bell peppers are the lowest in carbs at just over 4 carbs a bell pepper.

I love this bacon and cheese diet

I have to say while living this keto lifestyle I never personally miss dessert or pasta. I don’t crave bread. I especially don’t dream about oatmeal (Like my mother does, which is just strange) I discovered how to make keto pancakes and keto corndogs if I ever really need some kind of tasty savory bread or breakfast pastry. When you live the keto lifestyle you make the choice to try and be in ketosis most of the time and that means goodbye to sugar. I mean come on, life is pretty good when tasty treats like bacon, sausage and cheese are considered a snack. Any diet trend that says I can eat all the bacon I ever wanted sounds pretty good to me.

When it comes to Italian food it’s not something I personally crave. I mean that was until I went to a wood-fired pizza party a few nights ago and shoved an embarrassing amount of pizza into my face. When you can no longer count on one hand how many slices of pizza you have consumed, you may have a problem. How full was I after not consuming any carbs or white flour for weeks prior to this?

Every single person at the party fed numerous pizza crusts to these two starving-looking dogs for basically a few hours. See how full and miserable my dog looks after all that yeast, white flour and sugar started expanding in her gut? Yup, that is exactly how I felt when I went off to the fart room last night. Let’s face it, wood-fired pizza may taste great but all that white flour is not natural and your body knows it. I am seriously not the kind of person who craves Italian food ever. If I never ate another bowl of spaghetti my whole life, I would be okay with that. So saying no to pasta is not hard for me. Of course, last January when we holidayed in Italy right before a global pandemic I said: “Si grazie” to a lot of delicious pizza, cannolis and house-made pastas. I mean, when in Italy, right? I think if I requested zucchini noodles at a ristorante in Sorrento the waiters would probably roll their eyes and call me an Americano. So when we ventured down the Amalfi Coast I decided to leave the MAGA ball cap at home two Januarys ago and not order zucchini noodles and instead embrace actual carbs. And my big fat Americano ass (Eventually)

While we were exploring the empty tourist-free streets of the Amalfi Coast during the off-season next to the Tyrrhenian Sea, we ate a lot of the most delicious pizza on this side of the Gulf of Salerno in Southern Italy. Pizza is not something I normally crave on an average day but this Keto Pizza Casserole has all the pizza toppings I could ever dream about, minus the wood-fired crust. It’s basically a big hot pan of melted mozzarella cheese and pepperoni, and who doesn’t want to shove that at their face with a big spoon?

Did someone say cow farts?

Now let’s talk about something way less classy than traveling down the coast of Italy; Yes, I do mean bovine flatulence. When it comes to your beef choices you can always buy cheap hamburger, it’s always on sale and it’s almost always cornfed. Why should you buy grass-fed beef compared to corn fed? I’ve got two words for you. Cow farts. Bovines omit a lot of methane. Although carbon dioxide is the main cause of climate change, methane is 84 times more powerful when it comes to trapping heat in the atmosphere. According to the website, Global Citizen, beef is the “The Cadillac of meats”, but it would be more apt to compare it to a V12 Hummer with flamethrowers mounted on the sides. Beef has a larger carbon footprint per pound than any other popular meat: two times larger than lamb, six times larger than pork, and seven times larger than chicken.

As one of the few ‘Merican’s who still eats meat and votes republican, I like to enjoy a good keto burger, burger salad or beefy keto lasagna every once in a while. I try to buy grass-fed beef when it’s available for several reasons. Grass-fed beef is a healthier choice and a better choice for keeping our planet just a bit greener. If you, like me, are the kind of republican who tries to live a somewhat environmentally sustainable lifestyle then purchasing grass-fed beef at your local Whole Foods is one step in the right direction to curb your carbon footprint.

Did you know that the average American consumes close to thirty pounds of hamburger annually? Producing all that hamburger Americans love to consume requires a ridiculous amount of land and resources. Cows and sheep are responsible for an insane half of the greenhouse gases associated with livestock. Let’s face it; We have some farty livestock here in the good old U.S. of A.

Grazing cows naturally on grasses is key to restoring the ecosystem of our ranchlands. Feedlots contribute to soil erosion, water pollution, fossil fuel consumption, and poor air quality. (Yes I mean all those cow farts) When bovines have space to graze they improve the land use, spread out that stinky manure and improve soil development. They are also more spaced out among more land and spread out those bovine emissions.

According to NPR, Think of the hordes of bison that once roamed the prairies. Their manure returned nutrients to the soil. And because these animals grazed on grass, the land didn’t have to be plowed to plant corn for feed, so deep-rooted grasses that prevent erosion flourished. Had those iconic herds still been around in the 1930s, the argument goes, they would have helped prevent the catastrophe of the Dust Bowl. Crazy to think about, right?

Feedlots are typically not a good place to be a cow. Grain-fed cows live in small pens on top of each other and are just not living their best lives. Saying that Americans are obsessed with one dollar Big Macs from Mcdonalds. It takes a lot of beef to keep “Merica full of In and Out’s double-double’s animal style as well as those juicy rib eyes you love to buy at Whole Foods. We are for the most part a beefy nation. Grain-fed feedlots are the fastest and most convenient way to grow enough bovines to feed hungry Americans.

I am by no way a PETA supporting hippie (Obviously) and I really don’t even eat that much beef but I do know that all the corn-fed beef you buy on sale at Food For Less was raised on an unnatural diet of corn and soy; Two foods I personally ignore in my diet because they are just terrible for your body! I definitely try not to buy corn-fed beef when I make keto lasagna. And obviously, it’s a lot more natural for the happy cows of California to get to graze on grass instead of stuffing them with unnatural corn. It produces healthier bovines in the long run also, leading to cows who require fewer antibiotics.

Why else should you buy grass-fed beef for your keto lasagna?

Feel free to omit the beef from this keto lasagna if you are a vegetarian or a hippie. 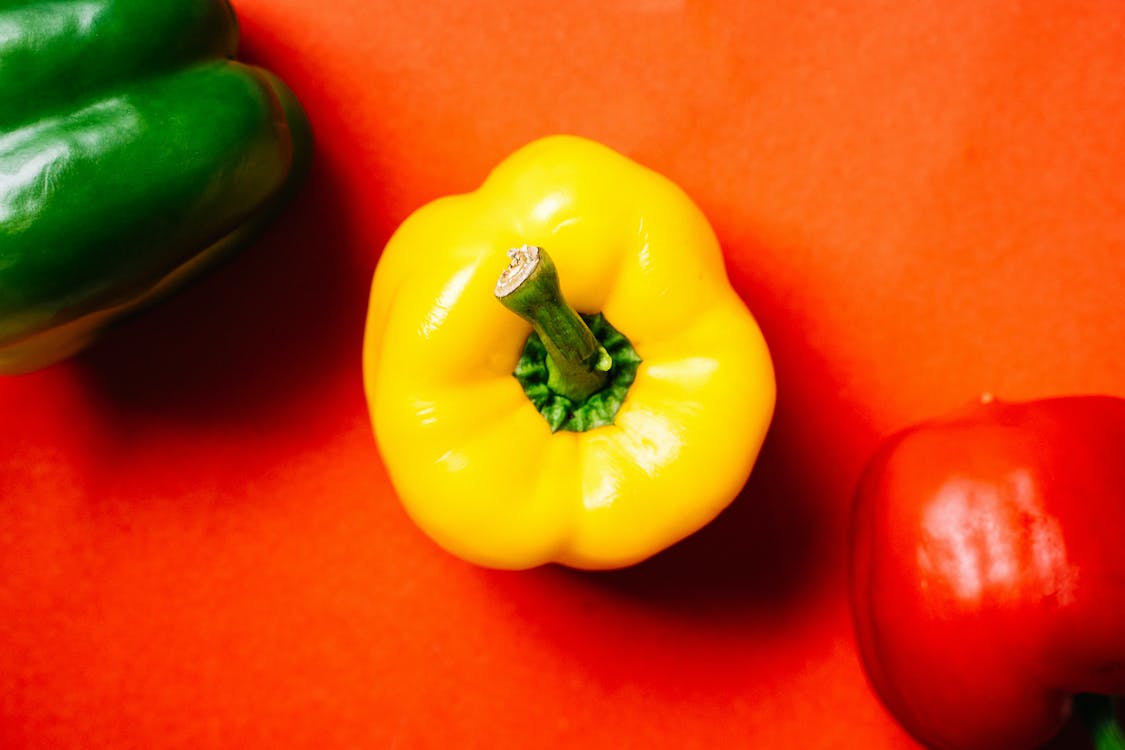 1 jar of your favorite red sauce

2 cups spinach, boiled and drained with the water squeezed out

6 red or orange or green bell peppers, roasted and cooled

Bake the bell peppers for twenty minutes at 375. Warm the red sauce up in a bowl. When you plate the bell papers, drizzle them with the red sauce. Add crumbled goat cheese to the top of the keto lasagna and a drizzle of balsamic glaze.