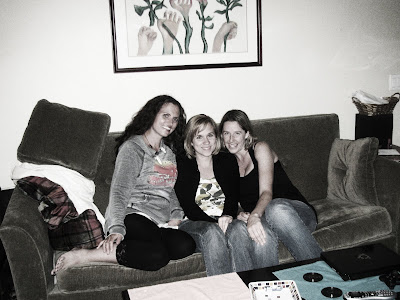 I’ll always remember the great ketchup debacle of 2011. I knew there was a reason I despise catchup. It doesn’t really make sense, I mean I love vinegar, I love tomatoes, why can’t I love ketchup?  I never had a real good reason to give on why, no, I would not be needing ketchup for my fries, or why, yes, if we were having a BBQ at my casa you were for sure  be needing to bring your own ketchup. I never really knew what my deal was with my ketchup hatred  until ketchup came flying straight at me and my friends in a busy San Diego restaurant a few days ago.
San Diego is usually a day trip I take in the summer months when the weather is hot and humid in the 909 where I reside. I’ll make the 3 hour drive down the 15 freeway in the hot humid months to hang out at Del Mar Thoroughbred Club, or the track as I prefer to call it. My San Diego friends are also horse racing fans and we like to meet up for a day where the surf meets the turf.  In late May a trip to San Diego was in order as our good friends the Sueppels were out in So Cal visiting from Colorado. I had a day off and was itching to get out of the lovely spring smog so we drove down the fifteen freeway taking side trips to our favorite gourmet pizza place, Sammy’s and checking out the yuppified little sea side oasis of La Jolla and the Paris Hilton’s that tanned their as well as some very cute seals also sun bathing on the gorgeous beach’s.
We made the three hour drive south to San Diego from our mountain top oasis on a cool and breezy May morning. After a quick lunch of the best pizza ever at Sammy’s Wood Fired Pizza, it was on to UTC shopping center to do some shopping and then check out Moonstone Beach in Ensenitas near where are friends Sarah and Brian live. The beach was awesome, but there were hippies everywhere, the atmosphere was just so California beachy, it felt like we had stepped onto a movie set.
Six of us friends met up in the evening and decided to go to the Lumberyard in Ensinitas for some Irish nachos and beers.  We were having a good old time, talking about the old times, talking about every one’s kids,  gossiping  about high school friends, when all of a sudden ketchup started raining from the heavens! Or it could have been from the dbags at the next table who I guess were playing a practical joke on each other. One of them, were guessing loosened the lid on the ketchup bottle and when his friend went to shake the bottle ketchup flew across the busy restaurant and doused our whole booth. The guys had red muck all over their shirts and ran to the bathroom to try and clean each other up. Hey, two men cleaning each other in a public bathroom is not gay at all! Especially when there is ketchup involved, right? I was a little disappointed that we didn’t get a free round of beers out of the episode, but at least the guys got free tshirts spouting the Lumber Jack, that they then got to wear out in Ensenitas for the rest  of the evening as we bar hopped, looking like total dorks, if I may say so.
I knew deep down there must have been a reason I didnt care for ketchup.