By Amber Wood on Thursday, January 23, 2014
There is nothing funny about dead golden retrievers.
It’s just kind of weird, that’s all, how they were sprinkled all over the Wilson Creek Winery in Temecula.
Okay to be fair, I had been wine tasting since noon and I had been power wine tasting as my boyfriend was DD and was therefore pouring all his wine in my glass.
So if it seemed like all the golden retrievers were dead it could have just been the wine?
We began the wine tasting at Miramonte Vineyard, where the guy who worked there yelled at me when I whined that I did not like white zins because I’m not a seventeen year old girl. 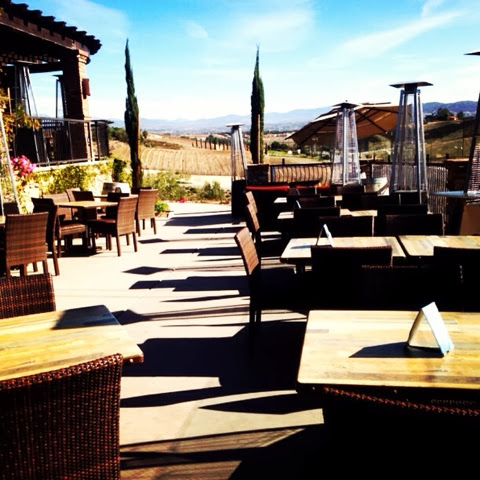 He than insisted it was not a white zin but a rose and when I rolled my eyes got all shout-y and yelled at me to drink my wine anyways ( and I poured it in the grass when he was not looking)
The Miramonte Winery was roamed by this cute, shaved labradoodle-beast named Mojo and I figured it would just blend in with everything else Mojo left in the grass. 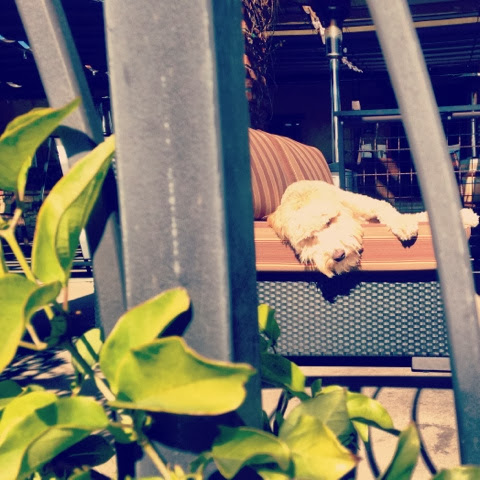 After I was yelled at for not drinking my wine, I had to drink mine and Jame’s wine also for the rest of the afternoon.
Okay, I did pour the Reisling out in the grass also, because well, it tasted like apple juice.
After we did our vineyard tour and class we moved on to lunch at a different winery, which was awesome but they were out of the goat cheese ice cream which broke my heart a little inside.
That is when we decided to check out Wilson Creek Winery and have coffee and dessert there.
And that is when the golden retrievers started dying.
Okay maybe they weren’t all dead.
Wilson Creek was insanely busy. There were so many people absolutely everywhere, they reminded me of ants. Drunk ants who smelled like bums and were on the look out for more wine instead of sugar.
Maybe the golden retrievers who seemed to haunt the grounds of the Wilson Creek Winery were just exhausted from being touched by drunk people all day.
All I know is that there were golden retrievers laying every where, and they were not moving.
I are some cheese cake to take my mind off the dead pups.

The Sweet Potato Cheese Cake with a Pistachio Crust was an amazing dessert and way to end a glorious day out in the vineyards of Temecula.
Ditzy blinds
Why are all the wine plants so dead looking?
Well it is winter
Dormant
The girl in the little red kitchen
Recipes from Phil’s garden
Jen and Sam thanking Phil
And obviously there was a pig
Dead Golden Retriever golden retrievers Southern California Wine Tasting
0
Previous Post
Next Post