I smell like campfire and rotten eggs.
A little stinkier than usual, maybe even for me.
Ahh camping.
Nothing like sipping a warm Chai tea by the camp fire on a chilly beach morning while reading a good book.
Or nothing like setting up your tent right next to a bee hive, finding ticks in your tent and sleeping in a freezing cold tent all night on hard ground?
Ahh nature. 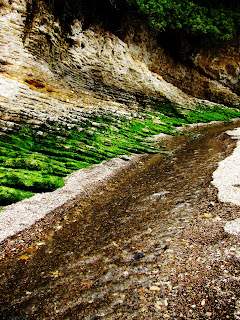 Have I mentioned, any where in this blog, I do love nature very much?
Sometimes it may seem like the things I complain about the most I also love the most; my cat’s, family and camping?
I may complain about all of natures quirks, but I really do completely love the outdoors.
I even love it when I’m not sleeping all night because I’m freezing in my tent and my hip bones are sticking into the freezing wet dirt under my butt. Whether it’s tossing and turning in on a fifteen degree night in the Grand Canyon, or trying desperately to sleep in a tent with a beer garden right outside And also oh did I mention said tent is perched in five inches of water and filled with mold; I never seem to get any sleep when I camp.  I guess the best vacations are so fun filled you don’t sleep at all, right?
I just returned from three days camping on the Central Coast with the best of friends.
It was an epic trip; three fun filled days.
This was such a relaxing vacation full of wine tasting, spa soaking and eating gourmet Oysters Rockefeller on a restaurant balcony while watching the sun  dip into the Pacific Ocean. Did I want to drive five hours back home? No absolutely not. I wanted to stay at Montano De Oro State Park forever. Okay maybe a brief trip home to get extra blankets and my woolly warm winter hat would be nice. This may be May, but the coast was soaked in fog must of the time we were in the beach area. Really to bad, if the fog had lifted just a bit we would have had epic views of Morro Rock from the top of Nosebleed Trail where we hiked on Wednesday. I wanted a warm beach vaction, sun tan lotion bikinis and maragaritas flowing. What I got was coastal fog, cool breezes and a few Stellas cold in my hands while trying to warm up around a camp fire on a chilly night.
It was a slow drive up the coast on our way into the San Luis Obispo area. We stopped in scenic Solvang for lunch at a Danish restaurant, mmmm Reuben Sandwich with coleslaw and kraut. Okay, not very danish, but I was not in the mood for sweets.
Until Mimi dragged me into the ice cream palace across the street and after trying a sample of salted Carmel ice cream I did need to have a chocolate dipped cone. We were further distracted in Solvang by the Ostrich farm and the idea of buying some fresh Ostrich eggs. The shell of Ostrich eggs are so thick you have to open them with a drill! It sounded like fun at the time.
An hour from San Luis Obispo, and the home of my BFF Ryan, we were cruising through the rolling hills of farms and wine country and we were once again distracted by this road side fruit stand. We stopped to pet a sleeping cat, take pictures of goats and buy some dandelion greens (That those damn vegetarian raccoons would soon steal!)
Suffice to say we did not actually make it to our camp site until the evening hours. As we finally pulled into the campground at Montano De Oro, I was pleasantly surprised. I love Montano De Oro and have been here many times whether its frolicking in the sand dunes, catching crabs on the beach or exploring the Eucalyptus forest but I have never camped there before.  Mimi and John had never been to Montano De Oro before, and I knew I had made a good choice when Mimi proclaimed

“It looks just like Wales!”
We were surprised there were pit toilets every where which came as a surprise. I had no idea our camp site would have a toilet. I thought we were roughing it! The sights were really pretty and spread out. We picked a site right under a huge tree and there was no one else camping any where near us.
We gave Ryan a call, told him to bring beer and extra fire wood as were not very prepared (Seven beers for three people? Ha.)
As we were setting up the tents and getting a fire started with amazing smelling eucalyptus branches a bob cat sauntered through our camp ground. That was beyond awesome.
Ryan and Jess showed up just as the fog was rolling in, it was starting to get chilly and we were running dangerously low on beer! We had a great evening sitting around the camp fire roasting Bison Brats, making smores, eating hummus and fresh flat bread from Whole Some Choice. It was a truly relaxing evening, until I went to bed and discovered my feet and legs were freezing all night long and also, well I’m old, my hip hurts and I really do need to invest in a sleeping pad.
I of course, awoke at dawn the next morning and went for a run through the silent, foggy eucalyptus forest. The wildflowers were gorgeous. I was a little worried about meeting that bob cat again on one of the single track trails but all I found were some snails, lizards and ground squirrels.
And like a million bees when I returned to camp and realized my tent was right under the tree that had a huge hive in it. The bees never really messed with us, though, even when we had the food out.
I ran about three miles on that chilly morning, and when I returned Mimi and John were up and making some French Press Coffee; my favorite! We inhaled breakfast, then Ryan found out he was actually on the schedule to work that day, not off as he suspected and we took off for a tour of San Luis Obispo wine country with Jess.

After a sleepless evening, Tuesday we partook in some wine tasting at Edna Valley Winery. It was completely relaxing enjoying this view over the vineyard as hawks soared over the grapes below us in the valley. What a gorgeous day! 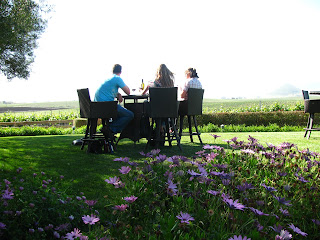 Yes, good times were had. 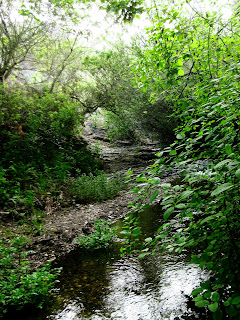 Many vintages later we made our way to Pismo Beach and the coast for seafood happy hour where we enjoyed some blonde’s (The beer of course) amazing fish tacos, Oysters Rockefeller (Yes, that is oysters with bacon and Hollandaise sauce) pulled pork and coconut shrimp. That was one amazing meal. What’s crazy is I had all of that for under thirty dollars. I love happy hour.
Once full of seafood we made our way to the Avila Hot Springs for some relaxation in the sulfur pools. These pools are all private and built into the side of the mountain. I’ve always wanted to go there, but there is just so much fun stuff to do in the Central Coast area we never seem to get around to going to the spa. It’s only thirteen dollars an hour also, which is so reasonable. Soaking in the bubbling, yet stinky water was so relaxing, and of course more wine was involved. I mean really, how can you soak in a stinky spa with out a glass of wine in your hand?
Our night was complete when we got real close to almost hitting a pack of deer on the windy mountain road heading “home” to our freezing cold tents. 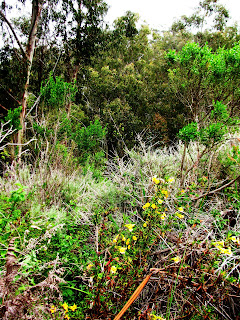 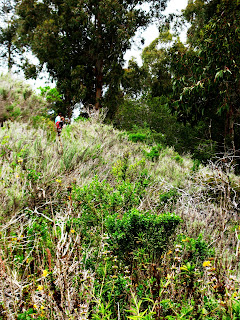 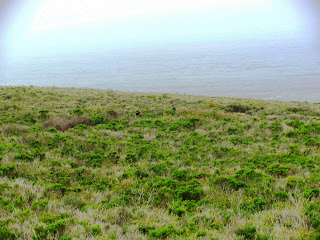 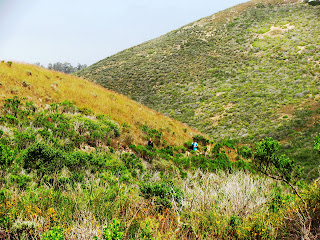 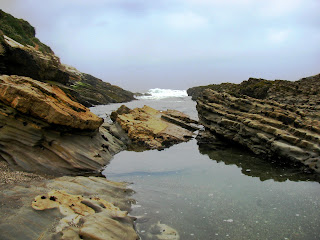 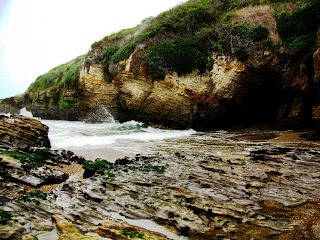 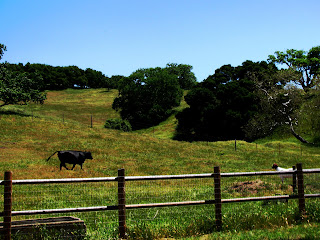