? ? Its really been a productive week, mainly because while working five days a week right now I’ve been getting up at five everyday to enjoy the fun stuff and this gorgeous springtime weather. The views at this time of year are spectacular and there’s plenty to see through a pair of lightweight binos. I get home from work around midnight most nights, then get up at five to work in the garden, attempt to workout, check some biking trails – similar to Pelicancruiser.com/trail-maps/ – keep up to date on horse racing and try to either read or get some writing accomplished before I make the at least an hour drive back down the mountain, do an hours worth of physical therapy, then eight hours of work, then maybe catch a few hours of sleep? This morning Alicia and I spent the A.M. offroading down the dirty and dusty road to Holcomb Valley, an old mining area near Big Bear. Its crazy to think the small town of Belleville once had 10,000 people living in it. Now there is nothing left but some old mines and a reconstructed cabins depicting what life must have been like in the 1860’s. 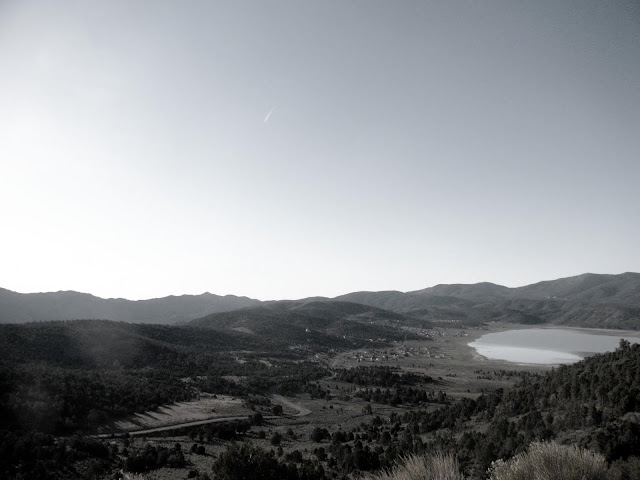 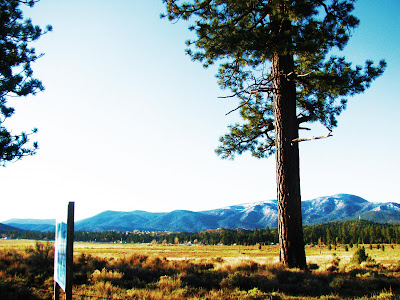 I forced myself out of bed at five a.m. so we could brave the winds that have been keeping us trapped indoors for days. The Santa Ana’s have been blowing for three days now, putting a halt on our early spring gardening. It is my fault the wind is here. I bought plants before Mother’s Day. That’s mountain bad luck. I really want to wash my car, but if I do that, it will snow for sure. This biting cold wind has kept me trapped in my house for days watching TVG early Derby coverage. Poor me.
When we left Springs this morning it was 39 degrees. Almost cold enough to snow, but perfect hiking weather to me. It was a beautiful crisp morning as we circled Big Bear Lake around the Fawn Skin side and headed through Big Bear City. The street we should have taken, Van Dusen Canyon had a locked gate on the offroad part, so we turned around, cut through Baldwin Lake and headed up into the hills by the Baldwin Mine. I had no idea that Lucky Baldwin, the guy who built my favorite race track, Santa Anita is the same Badwin that Baldwin Lake is named for. Small world, or small mountain I guess. A word about Baldwin Lake, if you have never heard about it, or seen it. Its mainly seasonal, only in the winter. It usually drys up way before spring time. We were really surprised how full this little lake was; it should have been dry and dusty at this point. 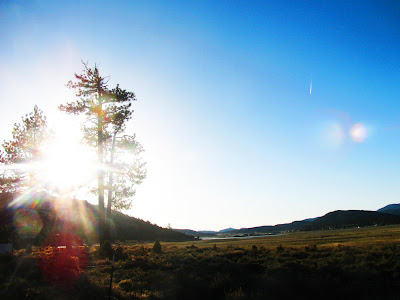 3N16, one of the few dirt roads that go to Holcomb Valley was horrible from the past winter. It had yet to be graded, so the road was full of gully’s from the winter’s rain, there were hug sharp rocks everywhere and I was worried I would get a flat, so we actually parked the car and decided to hike in. We really were not sure we were on the right road, actually. We thought this was the road that went to Holcomb Valley but there were no signs. Anywhere. 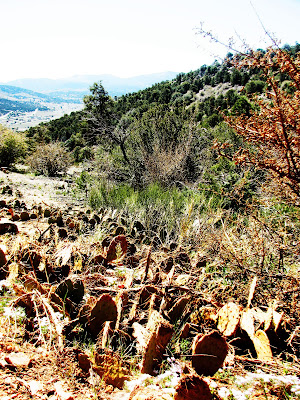 So we just started hiking. We wanted to get a good workout in, and we were up early to go hiking, right? So we ditched the car at Baldwin Mine and went up 3N16. The forest was so pretty this early in the morning, so still and peaceful. Until I yelled out.
?

? “I’d like to see some ass!”
Because there are wild ass in these mountains. Donkey’s that is. Bureau of land management removed alot of them years ago, I guess they were a nuisance to the locals, but there are still some left. So I’ve heard. I’ve gone ass hunting on many occasions, and have yet to see any thus far. One day.
So as the sun rose higher, not an ass in sight, we saw the pants. There on the side of the road were a pair of men’s jeans. Who goes hiking and forgets their pants? Oh well, at least they are a good landmark to remember in case we get lost, make a left at Pants Pass. It was probably more in the 40’s at this point as we trudged up and down the little hills, not another car or human or wild donkey in sight. There was bear poop though. We got to thinking, maybe were not headed down the right road, this road is huge and it must go somewhere, I mean some guy left his pants here right? That’s when we saw the second pair of men’s pants! I was really hoping at this point we were on our way to Holcomb Valley and not a nudist colony. I wanted to see ass this morning, but not that kind of ass. 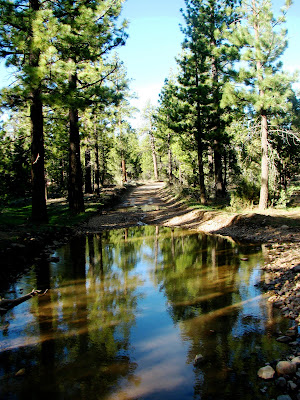 ? As we meandered our way through the pines, cactus and spring wild flowers we begun to see more odds and ends, a brush, a screwdriver, some beer cans and we began to piece together the tale of Bubba, the pants less man who was out for a morning stroll with his multiple Coors Light cans and one corona bottle, leaving a trail of beer cans to find his way back. We decided he had no teeth to open said Corona with, so he used the screwdriver. The brush was just in case he found a donkey to befriend and possibly ride into town for more beer? Luckily we never ran into Bubba, but at last we saw a number eight!

? After five miles of hiking up 3N16 with no cell phone service, and cursing the fact that we had no topo map, we saw a historical marker for Holcomb Valley! Grants Grave to the left! I’ve never been so happy to see a grave! Well, it was an awesome morning hike even if we hadn’t been going down the right road, but it was nice to come into the little clearing where you can see Holcomb Valley spread out before you. We got to Holcomb before eight A.M. and there was no one there, also a plus when you visit any tourist site. Bubba did leave his empty packet of Marlboro’s behind though. 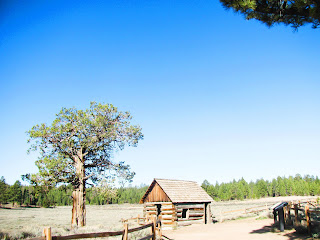 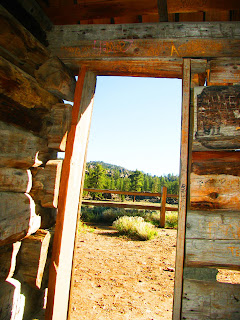