Are There Really Donkey Tour Guides in Big Bear, California?

When I was in high school I never drank or partied like other high school kids. Instead, my best friend and I would go out looking for the wild donkeys of Big Bear in the late evening. Trying to track down these stubborn, intelligent wild animals of the Big Bear mountains gave us hours and sometimes even days of entertainment.  We heard rumors that they hung out behind the local grocery market scavenging through the dumpsters. This turned out to be fake news. Maybe our parents just told us this to keep us out of trouble? We came equipped for making new donkey friends with apples and carrots. We never found the wild donkeys of Big Bear Lake. We so could have used a Big Bear donkey tour guide. This was twenty years ago in a long lost time before smartphones and kids vaping anything they can get their hands on. It was a simpler time in a small mountain town where wild donkeys roamed the deserted streets. 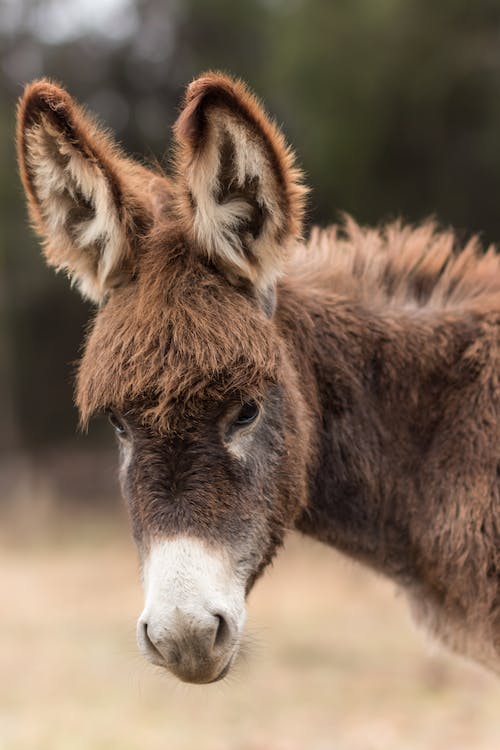 The wild donkeys of Big Bear Lake really are a hidden secret. The best way to find the wild donkeys of Big Bear Lake is to go on a hiking tour with a Big Bear nature guide. They remained hidden to me until about three years ago when I made an effort to go out and hike in the east valley of Big Bear Lake. Most tourists come to Big Bear Lake hoping to see wildlife. As a hiking guide, visitors always ask me about wild bears, will they see any bears? I mean the whole area is named Big Bear after all. I always explain that Big Bear Lake was named in the 1800s for the wild Grizzly Bears that were hunted nearly to extinction. Six black bears were brought into the Big Bear area and the population of bears we have now can be traced back to the lineage of those six descendants. It’s been said that maybe three hundred black bears live in Big Bear today but you rarely see them in the wild. Big Bear’s wild donkeys are much easier to spot especially if you go out for a hike with a donkey tour guide. Big Bear’s wild donkeys are leftover from the gold rush in California in the 1860s. The town of Belleville sat behind Gold Mountain back in Holcomb Valley and this was where the southern California gold rush thrived back then. Over 10,000 people lived in Belleville and it was almost named the county seat! Anyone who has driven the dirt roads of Holcomb valley knows there is nothing back there now, except for a few ranches and one old historic house that visitors can check out. When the gold rush petered out and all the miners left Belleville behind, a ghost town, the wild burros were left to fend for themselves amongst the sagebrush and pinion pines. The wild donkeys you see today are the descendants of those donkeys left behind. They are truly a living breathing, hee-hawing part of Big Bear’s history. Between Arrastre Creek and Baldwin Lake, 35,000 acres have actually been set aside on the east side of the Big Bear Valley for the wild donkeys to roam. Of course, there are no fences here. These are free-range donkeys and sometimes they do tend to wander onto the highways and into neighborhoods.  For the most part, the donkeys tend to stay near the Arrastre Creek drainage basin but they do tend to wander the entire east side of the Big Bear Valley without fences holding them back, especially in years when the herd tends to extend in population. Going on a donkey tour in Big Bear Lake is a great way to have a good chance to see donkeys instead of just roaming through the entire 35,000 acres. This is a gorgeous area full of Jeffrey pines, yucca trees and high desert foliage. Going on a donkey hiking tour with a guide to explain about the different climates the donkeys live in and how they came to live in the Big Bear Valley is a fun thing to do in Big Bear for the whole family.

The easiest way to find the wild donkeys of Big Bear Lake is to reach out to a hiking guide and go on a donkey tour. Having a wildlife guide makes it much easier to see these four-legged fuzzy guys up close. The donkeys tend to migrate the same trails throughout the Big Bear wild donkey territory and having an expert alongside your group will help you easily find the donkeys without spending hours driving the dirt back-roads of Big Bear without sighting any donkeys.