Lightning can be a real bitch. That is if you are one of the 49 Americans struck and killed by lightning each year. Lightning strikes are no joke as anyone who has been around live lightning can tell you. But at the same time, I love the smell of rain, that petrichor aroma, the crash of thunder in the distance and sitting on the front porch with a steaming cup of Baileys and coffee watching a summer thunderstorm. But the thought of lightning-related deaths as an outdoor lover and backwoods trekker does tend to stress me out.

The apprehensive of severe weather

As much as I adore me a summertime thunderstorm they can bring out stress. In this drought climate we live in now, will these dry lightning strikes cause forest fires or other damage? What I don’t enjoy, is coming back from our month-long vacation just to find out our house was hit by lightning while we were gone. Does our water heater even still work?

Will this summer take me back to the summers of my childhood when sometimes we had hot water? But most of the time we took cold showers until my family could finally afford a new water heater in 1995.

How many of our electronics were fried despite the surge protectors? When will I be able to watch TVG on our backyard TV again and play the ponies at Del Mar Thoroughbred Club? Just when will our internet be back online because using my Pixel phone to hotspot is once again sending me crashing back to the early ’90s and dial-up internet. As much as I love reliving the days of crop tops, flannels, Nirvana, my first pickup truck and boot-cut jeans I would really like to be able to take a hot shower and possibly watch the Olympics. 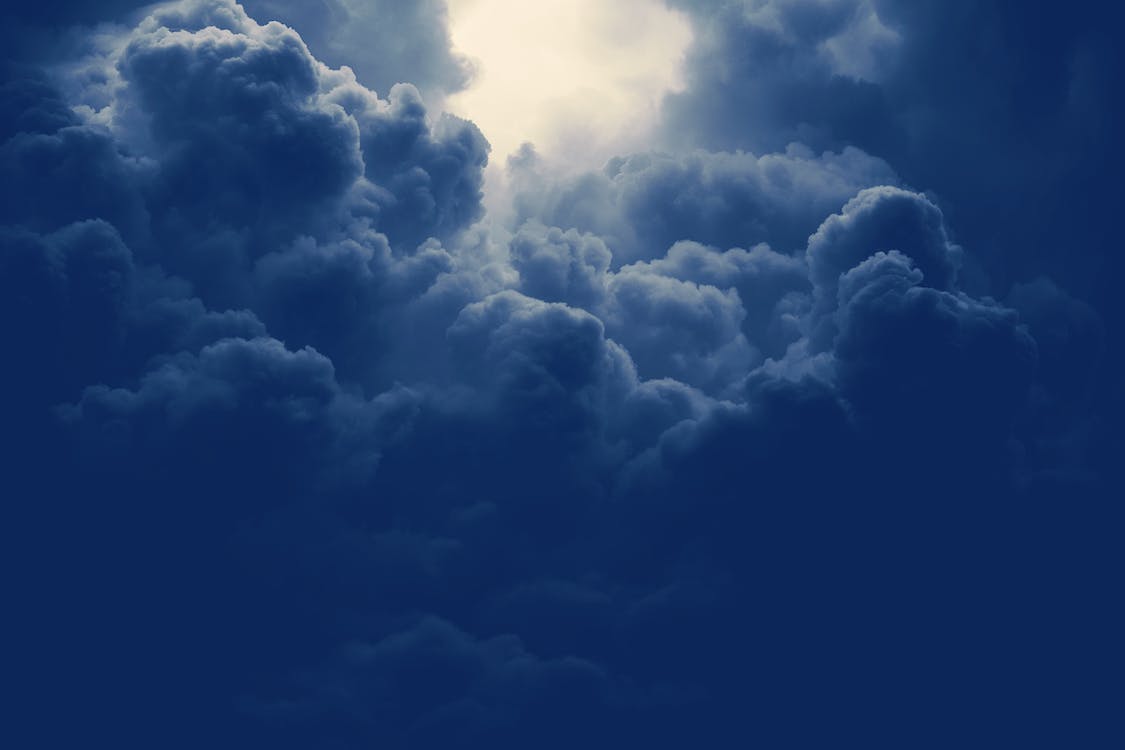 According to the U.S. Centers for Disease Control and Prevention (CDC), the odds of lightning-related deaths in a given year are about 1-in-500,000. According to a June 2020 article that quotes the CDC, your odds are 1-2321 chance of dying from Covid. Florida is the lightning capital of the country and funny enough, probably the most likely place you will also catch Covid. Just don’t go to Florida.

So accordingly you would think your chances of being struck by lightning are not great. (Unless you are at Disneyland in Florida on a cloudy day and probably also not wearing a mask) But those risks go way up when you are an outdoor adventurer and live to hike on the cloudy days. There is a fine line between hiking amongst the clouds and staying safe.

Hike early and often. (But not if there is a lightning warning)

This summer while trekking through the eastern Sierras we had lightning warnings on quite a few different days. On each of these days, I began my hike on sunrise, was summiting peaks like Mt Tallac as the clouds were building and was back at camp cracking open the bottle of Baileys just as the first raindrops were falling. But I ran into so many ATH’s (All Trails Hiker’s; Hiker’s who can only find the trail because of that ridiculous app and probably the same ones littering the trails with face masks. Unless you are in Florida) who were just starting their trek at 10 a.m. I could practically hear the thunder in the distance and they still had miles to hike uphill to the summit! I tried warning these ATH’s that there is a fifty percent chance of thunderstorms and you can see the big black clouds building. You may want to avoid lightning-related deaths by getting the hell off these mountains!

Men are five times more likely to be struck by lightning than females and maybe that’s because men are so stubborn and unwilling to care what the smelly outdoor adventure guide they just ran into is saying to them? (Bro do you even have a rain jacket?) I have to wonder if any of these not prepared for the great outdoors hikers even know what to do in a thunderstorm situation. I used to not know either. Then I did some research on lightning-related deaths and I got a whole lot more concerned about my safety in nature.

Yesterday a 37-year-old hiker did not survive being struck by lightning while hiking on the Pacific Crest Trail near Fresno, California. He made the fatal mistake of leaning against a tall pine during a lightning storm. The biggest thing to know about lighting-related deaths is you do not want to be the tallest thing during a thunderstorm. Do not lean against that two-hundred-year-old Jeffery pine.

We just recently watched Those Who Wished Me Dead with Angelina Jolie and I thought this wilderness thriller was really great and brought up some good points about what to do during a lightning storm. I know this movie got terrible reviews but I really liked it and as an outdoor adventurer it made me think that there is more that you should do in a thunderstorm besides don’t just be the tallest thing around.

Back in the day in a rainy forest far away.

Once upon a time I tried to outrun a thunderstorm and lived to tell the tale, just barely. This thunderstorm I hike slashed ran through was so intense, so brutal and so fucking loud that I honestly wondered at one point if I had been struck by lightning. I do not recommend going hiking while thunderstorms are building. When my boyfriend and I began this hike on this day there were clouds but it was a beautiful humid morning in our mountain hometown. As I hiked further and further from my vehicle the clouds came in so fast and I could hear the thunder. That is when I turned around and began running back to the car. I knew I had hiked just a mile too far into a dangerous situation.

As an outdoor adventure guide, people always ask what is the craziest thing that has happened to me while hiking. Was it a bear attack, mountain men or that wacky sasquatch? Nope. It was outrunning mother nature as this bitch of a thunderstorm almost got the best of me. As the storm gained fury, I was soaking wet and still two miles from my car. The lightning was smacking the ground all around me and I could hear trees exploding on the sides of the trail with every lighting crack. I was soaking wet, damn near terrified and starting to panic. At one point my right arm was throbbing and I truly wondered if I had been struck by lightning.

I was utterly panicking and I had no idea what to do. I had no cell phone reception to check and I couldn’t remember if I wanted to be the tallest thing or not be the tallest thing. So I just ran as fast as I could. And I prayed. This was years before Angelina Jolie showed me exactly what you should do during a lightning storm.

If the thunder is coming in fast and the lightning is striking right after, drop everything and get to your knees. Hug your chest and try to make yourself as small as possible. Also, pray. That always helps. I don’t know if faith got me through this thunderstorm or if it was just luck but I did not become lightning fatality number fifty on that day, thank the Lord. 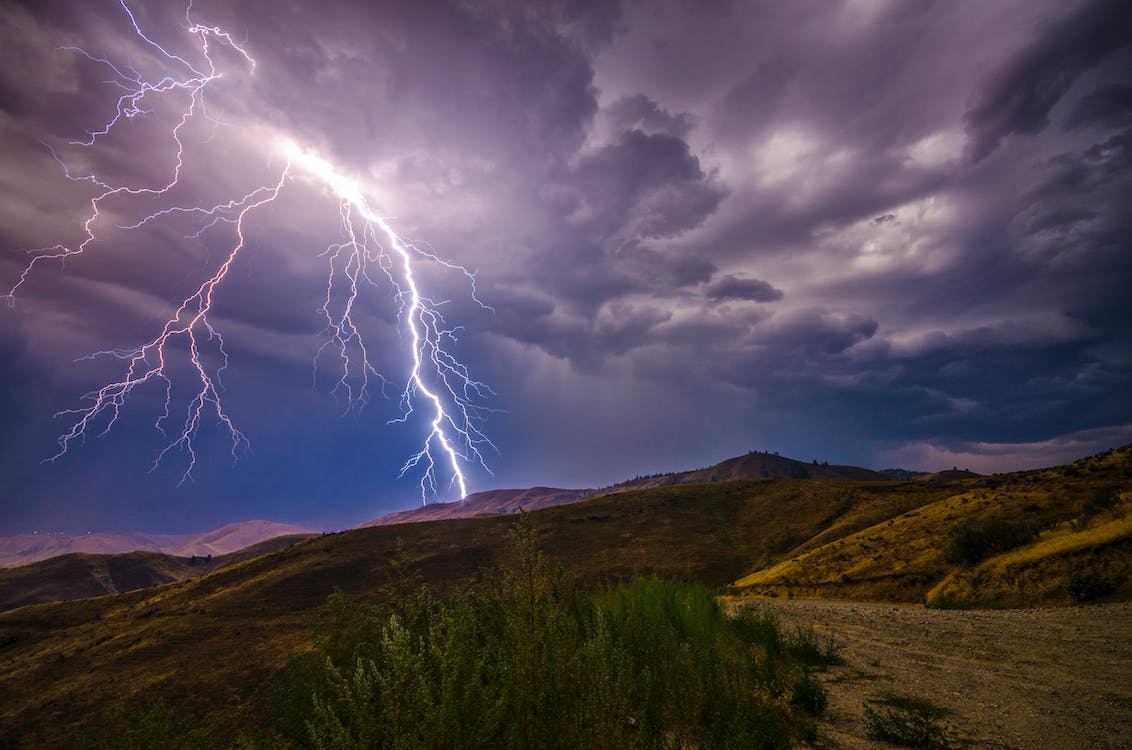 Is it safe to poop during a lightning storm?

True story; I was researching how to survive a lightning storm and lightning-related deaths and this was the first article that came up. This guy is an expert at keywords and SEO let me tell you! I wish I had come up with thi article first but I was too busy googling lightning-related deaths. Also according to the NOAA, you are more likely to be struck by lightning than shit your pants while running from a bear which may or may not be fake news but I don’t really want to find out.

According to the CDC, about one-third of lightning-related deaths and injuries happen indoors. This is why you should sit on your front porch to sip your Baileys and coffee during a lightning storm.

I’ve got lots of stories about lightning after all my years of living in a national forest. I can remember being around thirty and going for a hike with a good friend near my home on a humid cloudy afternoon. Before you could say Angelina Jolie we were being soaked by rain and thunder was rumbling. We had seen the clouds building as we had approached the top of the Coyote Rocks lookout and luckily had been keeping a lookout for a rocky overhang amongst the big boulders to hide beneath. We had scooped out the perfect hideaway on the trek up the mountain. As the rain began to fall harder, our boots were getting soaked and muddy rivets were running down the trail, we made a run for it in the pouring down rain and hid beneath that giant boulder and its rocky outcropping. It wasn’t the best place to lay low during a thunderstorm but it did the trick.

What we didn’t do was hug the tallest, oldest pine tree we could find while praying to Jesus. And that right there is how you avoid lightning-related deaths.