Going to the Woods is Going Home Life of Adventure

By Amber Woodyard on Sunday, August 25, 2013
I celebrated my birthday last week with some of the best friends a girl could ask for.
Most “great birthdays” don’t begin with waking up at three a.m. but this one did.
At three A.M. I left my mountain town and made a beeline for the Sierras where my friends had already set up camp a few days previous. It was going to be a glorious week of camping, fishing, trail running and hiking.
I made a side trip to Lake Sabrina on the way, parking my car by what I would call a 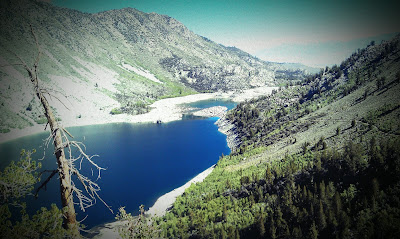 raging river but I’m sure locals, in this area, call the creek.
I knelt at its banks snapping pictures and starring at the huge trout who were swimming near me so close I could touch them.
I so wanted to grab my fishing pole out of the car and fish a bit but I was on a schedule, hoping to run for an hour and a half and make it to Silver Lake by one.

My lungs were burning on the ascent up the glorious trail side and I thought to myself as I gained elevation, hmm this must be what my Subaru was thinking on the way up here as the altitude got higher and higher and even in third gear my Subaru was struggling as the altitude was almost nine thousand feet by the time I reached the parking lot.
I ran to almost ten thousand feet this morning.
It was absolutely gorgeous and I can not wait to go back to this little mountain town and fish its creeks and run its trails again.
It is so nice to be back in the Sierras and running on the John Muir Trail. 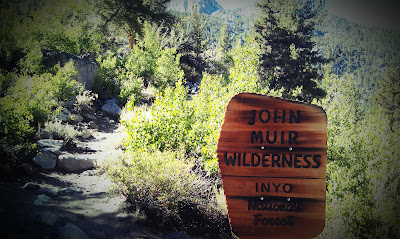 Hello old friend; I have missed you.
After my four and a half mile run I threw my sweaty body back in the Subaru and headed towards Silver Lake, less than an hour to the North.
I had never been to Silver lake or nearby June Lake before and they did not disappoint.
Both small towns were absolutely beautiful. I can not wait to go back to this area again.
My friends were at the shooting range when I rolled into town so I joined them for a bit, inhaling the rest of my bran muffin standing up next to a table chock full of guns in the hot sun as they finished up their bullets and gun fun. I was so hungry at that point I was only interested in finishing my bran snack and had no interest in shooting any targets at that moment.
After we had cleaned up the ammo every where and put the guns in the car we took a little off roading adventure through the hills around June Lake, going down some massively rocky trails that I thought for sure we would get stuck on, but my buddies Four Runner, aka the Road Runner did just fine and we saw this guy as we made our way through the mountains. 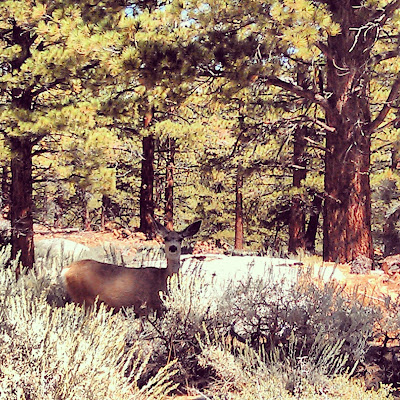 We met the neighbors… And than made our way back to camp for happy hour.

I took my chilled German beer and walked across a little path to the lake, Silver Lake. Our camp site was just a few feet from the shores of the lake and even being this close to the water there were no bugs; it was amazing!
We had plans to go spend the hot afternoon swimming in June Lake but thunder heads were moving in quickly and as the first rain drops started falling down we decided to go check out the local spa the Double Eagle instead.
So I spent my birthday afternoon working out at the gym, sweating out all that bran in the sauna and relaxing with a book in the jacuzzi. What a horrible birthday, right? Oh and did I mention the room that houses the Double Eagle’s inside pool and Jacuzzi is all made of glass and you can watch the thunderstorms rolling in?
This was such a phenomenal Sierras birthday; made even better by the Venison and Kangaroo meatloaf that my bff Chef Mimi made for dinner.
It was a great thirty third birthday.
best friends birthday Eastern Sierras Lake Sabrina mountains Style Celebration the Sierras
0
Previous Post
Next Post Bambi and the Knife Welding Lunatic; A Hiker’s Tale or Fake News?