Today I took Snow Flake on her first snow run.
The road didn’t look to bad at first, just a little bit of snow on the abandoned dirt roads. 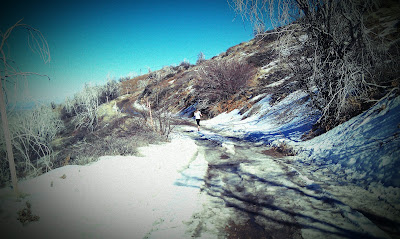 Than we ran up a hill and around a corner and suddenly there was snow up to our knees in some spots. 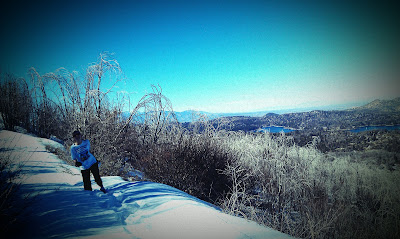 This was unexpected.
Suddenly our feet were cold and freezing and we both wanted to give up and go back but it was such a gorgeous day. 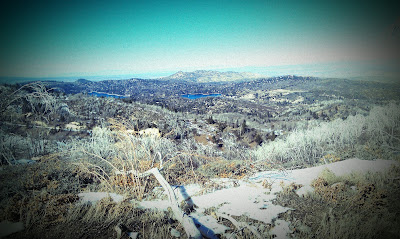 We might have been freezing but we were so enjoying the epic views of Lake Arrowhead in the distance on this glorious winters day.
We also had views of the dump; not so glorious.
We did have a goal on this day to bust out a five mile run, or something close to that. 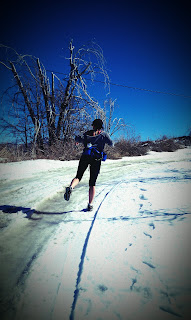 There had been a lot of snow in my area of Running Springs when we left my cabin.

I thought closer to Lake Arrowhead there would be way less snow than at my house. Yes, I expected to encounter mud but not this much snow.

Even with the snow debacle, we still managed to run nearly five miles, even though our toes were frozen by the end of the run.

I’m very excited about this race. It helps that it is at Red Rocks Park in Las Vegas. Sounds like a great excuse to go to Las Vegas and carbo load, I mean pig out on crab legs at all you can eat buffets.